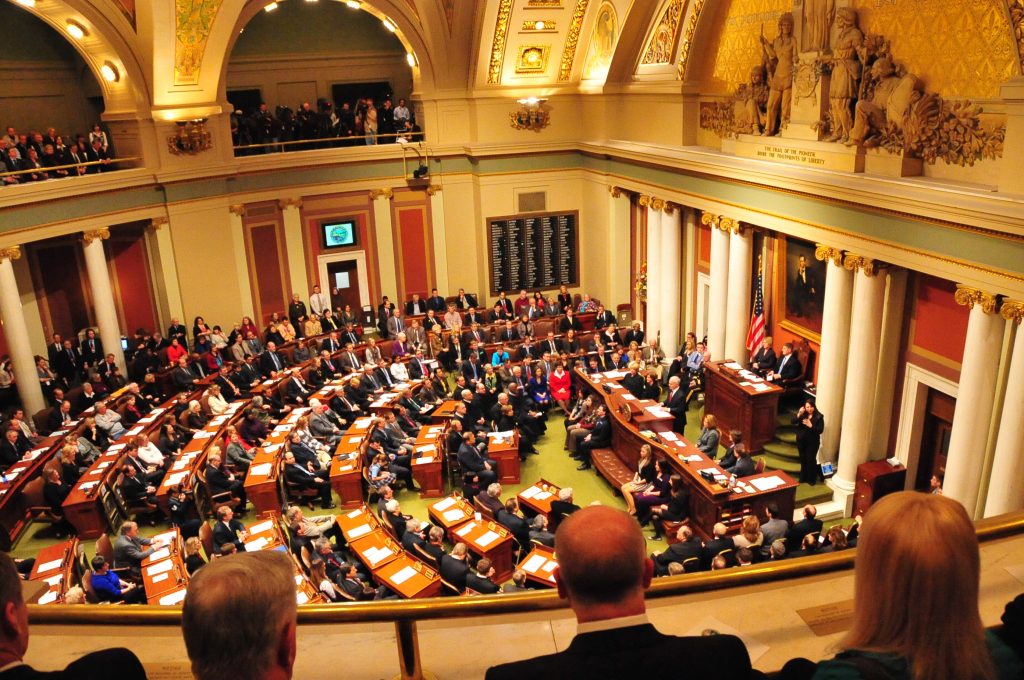 Sensible Minnesota wants to loop back around to some political commentary written in the early months of 2014 as that year’s legislative session began. The 2014 session culminated in the passing of the Minnesota medical cannabis law, which just went into effect on July 1st of this year. In order to generate some input about our organization’s and our movement’s narratives surrounding medical cannabis, we are publishing some excerpts from two of Bluestem Prairie‘s blogs which opined on the primary narratives that were used by cannabis law reform advocates, the media, and politicians in the lead up to the bill becoming law. Are these words prophetic, or was this medical cannabis narrative a necessary evil which was required to get the legislation passed? Is this the best narrative for cannabis patients and advocates to use as they gear up for a 2016 legislative push to expand the law to add more conditions, easier access, and more manufacturers?

We want to hear from you! Please submit your comments on this topic on our website or on our various social media accounts. Direct replies submitted to this article’s posts on Twitter and Facebook will automatically be pulled back into the comments section of our website in order to keep as many of the public comments in the same place as possible. The quotes below are just excerpts, so please click to view the blogs in their entirety.

“To be sure, the news feed in Minnesota and elsewhere is filling with heart-breaking stories of young children with Dravet Syndrome, a cruel form of epilepsy that strikes children. The most promising treatment is Charlotte’s Web, a variety of medical medicine that’s low in THC, the compound that creates a buzz, but rich with  another compound, CBD, that addresses the seizures, while increasing cognitive ability in some cases.

But the focus on Dravet Syndrome sufferers creates as disingenuous a lacuna for legalization supporters as the stealth financial incentive does for those who oppose changes in hemp laws.  Bluestem would be more comfortable with a consideration of medical marijuana that wasn’t pinned on this thin slice of the industry that so helps such innocent children. Let’s talk about the broad spectrum of people living with sickness and disease, shall we, and the range of medicial [sic] marijuana products that can aid their symptoms.

We support changing hemp laws, but we would like the discussion to go beyond the poster child level. Our gut reaction to the current PR blitz is to remember the early days of the AIDS/HIV debate, when children were positioned as innocent victims and the rest of people with HIV somehow less than human addicts and gay men (Bluestem’s editor mourned them equally).

A public debate that implicitly clings to an analogous frame (or remains silent) about the range of potency of medical pot products and those served by them does a disservice in the long range, especially when three-fourths of the population supports legalization, already convinced of the efficacy of medical marijuana.”

“Our gut reaction to the current PR blitz is to remember the early days of the AIDS/HIV debate, when children were positioned as innocent victims and the rest of people with HIV somehow less than human addicts and gay men (Bluestem’s editor mourned them equally).”

If you enjoyed reading this post, consider giving a donation via mail (P.O. Box 108, Maynard MN 56260) or Paypal

This BSP weblog is licensed under a Creative Commons License.

“It looks as if the focus on child seizure disorder victims by Minnesotans for Compassionate Care, which crafted the bill, just backfired as far as the needs of other sick people go.”

“But the rest of you sick folks? The short-term politically prudent thing is to leave you with your suffering, rather than show political courage in an election year.

It’s enough to make a blogger burn a pile of self-help books on leadership.”

If you enjoyed reading this post, consider giving a donation via mail (P.O. Box 108, Maynard MN 56260) or Paypal

This BSP weblog is licensed under a Creative Commons License.