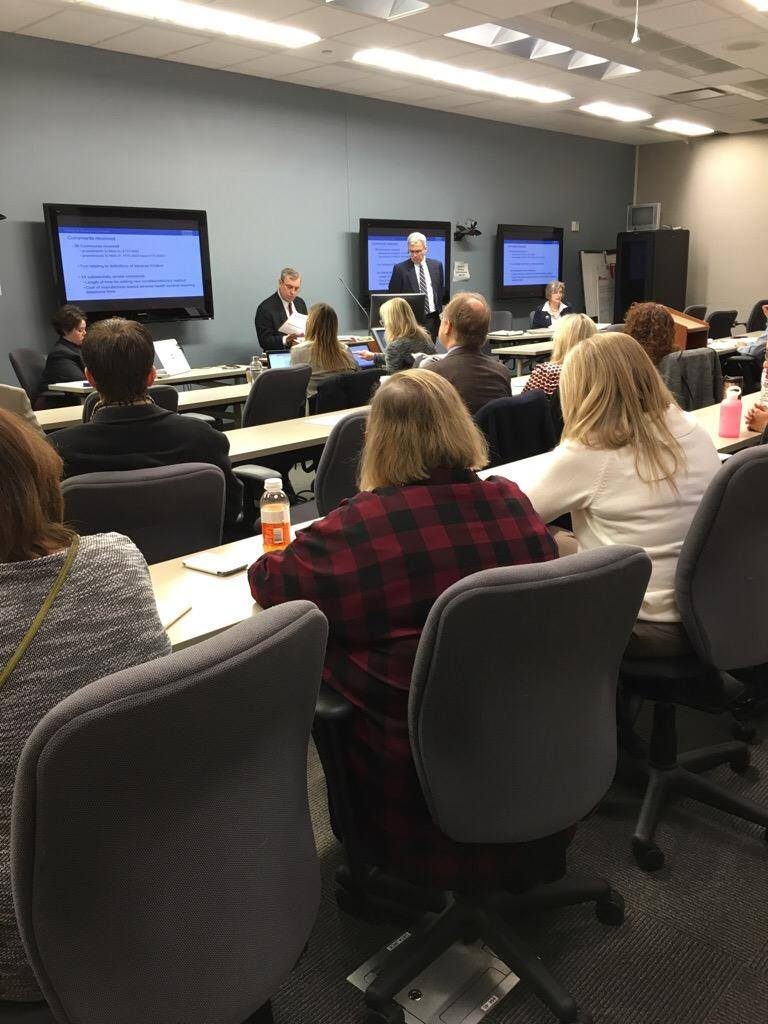 ln addition, the advisory panel for new qualifying conditions will now be called a review panel and rather than issuing recommendations, as was seen with intractable pain, the panel will issue a report to the commissioner, who will then make his decision. Delivery methods will not be reviewed by the panel, but instead will have a public comments period, after which the commissioner will make his decision.

The Administrative Law judge is also taking public comments on the amended rules for the next 20 days. We encourage you to send any comments you have on the updated rules to: http://mn.gov/oah/forms-and-filing/e-comments/

The full amended rules can be found on MDH’s website.

Thank you to all who sent in a letter requesting today’s hearing!