Sensible Minnesota will feature a regular segment highlighting cannabis consumers across the state until Minnesota adopts sensible policies for the adult and medical use of cannabis. If you would like to be featured in the segment and share your experiences, please contact [email protected] 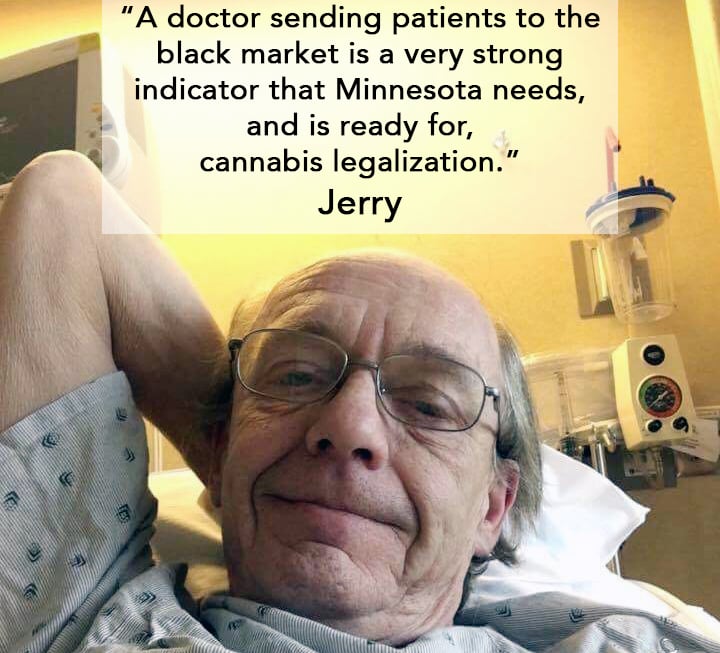 In late November of last year, I began to suffer some severe abdominal pains and bloating that came and went
in a short period of time. This went on for a couple of days. One evening after supper, the pains, cramps, and bloating returned and became so severe I made a trip to the ER during the night. After the initial CT scan and an IV injection of Dilaudid for the pain, it appeared that I had a gallstone blocking a pancreatic duct.

I was transferred to Methodist Hospital and treated by their gastrointestinal department. After an MRI and endoscopy with a biopsy, I was diagnosed with a very early form of pancreatic cancer called adenocarcinoma. Seventy-one percent of those diagnosed with this type of cancer will lose their fight with the disease in less than a year.

Luckily for me, my symptoms came at an early stage because the mass was obstructing a duct. Had the location been slightly further away, it would have taken some time to obstruct the duct and probably would have already made its way to other organs. 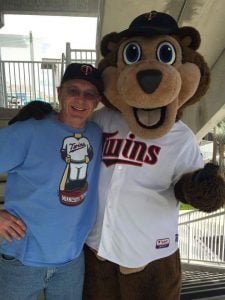 The good news for me is that I am a candidate for a surgery called the Whipple procedure. The conditions with
this cancer have to be just right in order to qualify. However, before the surgery, I had to begin treatments with a cocktail of chemotherapy including a medication known as Folfirinox. At my first oncologist appointment, I inquired about participating in Minnesota’s medical cannabis program. The doctor said it would be no problem to get me enrolled.

I was told that patients under my oncologist’s care enrolled in the program had some measurable success, but most stopped because they couldn’t afford $500-$1,500 a month for medication. My oncologist, who specializes in gastrointestinal cancers, suggested to continue treatment and procure my own cannabis on the black market.

And that is exactly what I am doing. 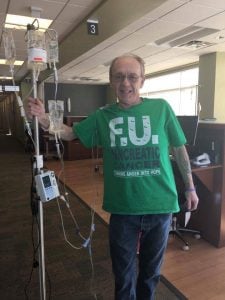 I’m a firm believer in the healing power of cannabinoids, but with my all-of-a-sudden lighter paychecks from missing lots of work, there is no way I can afford the price tag on the medication without insurance coverage. A doctor sending patients to the black market is a very strong indicator that Minnesota needs, and is ready for, cannabis legalization.

I am following my doctor’s orders and medicating on my own with flower, oils, and edibles. I am a criminal cancer patient all because of a bad cannabis program that has recently shown one of the company’s involved to be just as criminal as the black market. I have purchased much better cannabis-infused medicine in states where it is legal. I’ve paid about 25 cents on the dollar with recreational taxes included.

Needless to say, I will continue to use black market cannabis products as I fight to overcome pancreatic cancer. Minnesota should lead by example and become the first state to enact total legalization without the benefit of a ballot initiative. Give others like me a second chance at life without having to medicate as a criminal!

Editor’s Note: A benefit is being held for Jerry called “Putting Cancer to the Mat” on March 18, 2017, from 1pm to midnight at Rich’s Bar and Grill in Annandale, MN.  Proceeds from the benefit will go to the Jerry Anderson Pancreatic Cancer Fund, and the event includes music, raffles, a silent auction, and tickets may be purchased for a dinner.  Please see the flyer below for further details. 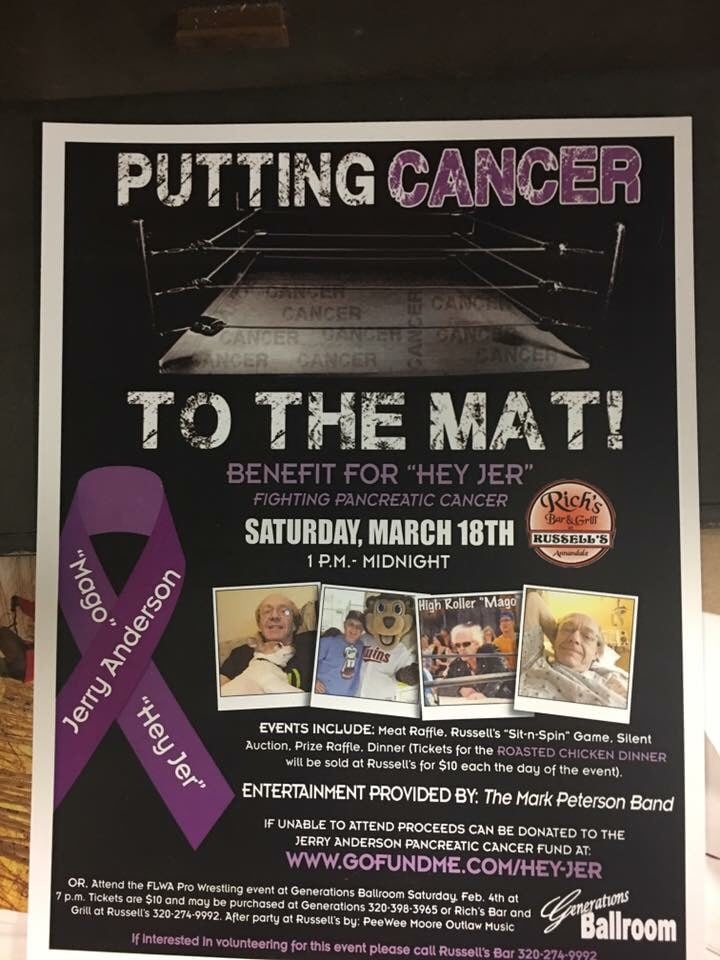