Sensible Minnesota will feature a regular segment highlighting cannabis consumers across the state until Minnesota adopts sensible policies for the adult and medical use of cannabis. If you would like to be featured in the segment and share your experiences, please visit “Share Your Story”.

From TJ’s mom, Heather:We adopted TJ when he was four, and he had a history of horrific abuse and trauma.  Within a few years, he was seen by countless doctors and had a list of diagnosis a mile long.  His behavior was out of control and he often couldn’t even live in our home.

One of TJ’s diagnosis was Tourette’s syndrome and when medical cannabis was approved in Minnesota, we immediately started.  The results were miraculous.

Within weeks he was able to speak more clearly and his tics were almost gone. He could think clearly about what he was going to do before he did it, which prevented countless rages. Additionally, he started reading at nearly grade level and was able to participate in the classroom.

While it was amazing to see the tics leave, the best part was seeing how it worked with his behavioral issues.  His post-traumatic stress disorder (PTSD), which caused constant fight or flight reactions, was barely noticeable. He could rationalize and put things in perspective even when he was upset.  His fetal alcohol spectrum disorder (FASD), which often causes people to have black-out-type rages, was under control. 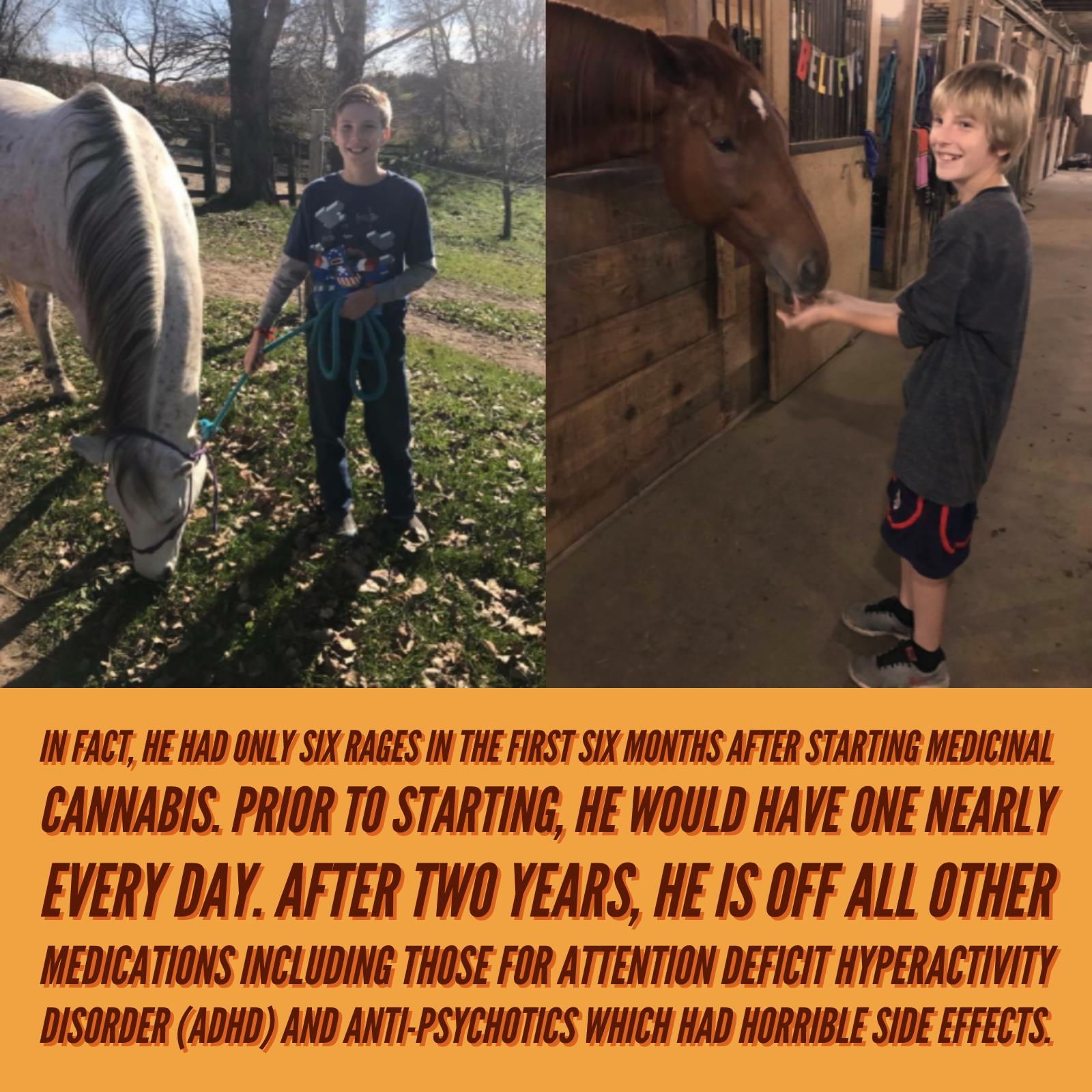 In fact, he had only six rages in the first six months after starting medicinal cannabis.  Prior to starting, he would have one nearly every day.  After two years, he is off all other medications including those for attention deficit hyperactivity disorder (ADHD) and anti-psychotics which had horrible side effects.

I want to see more families have this opportunity.  Our story isn’t unique. Other families qualify who also have FASD, autism, PTSD, and experience similar improvements.

This is life-changing medication and it should be available to people who need it.