With the changing seasons, come big changes at Sensible Minnesota. We would like to introduce you to our three newest board members! 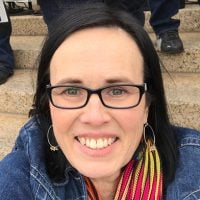 Joan Barron is originally from Iowa, but moved to the great state of Minnesota in 1987. She considers Anoka/Ramsey, Minnesota her home, as that is where Joan and her husband raised their children Katie and Adam. During those years, Joan worked as a CRDA Dental Assistant prior to a fall that caused an entrapment of the pudendal nerve which is the main motor and sensory nerve of the pelvis, leaving her disabled and in horrific nerve pain to this day.

On Oct. 22, 2014, Joan lost her son, Adam, to the opioid epidemic. He was 29 years old. This fight is personal for Joan; she wants to spare others the pain, heartache and grief her family experienced. She believes the opioid epidemic begins with people like her, chronic pain patient, and that right now, somewhere, someone has opioids in their cupboard. That same person has a son, a daughter, or anyone who has come across opioid medicine that was intended for someone other than them.

Joan joined the medical cannabis program in September of 2016 and has since drastically reduced her opioid use. She strongly believes that every single person, regardless of income, should be able to gain access to safe, untainted cannabis instead of opioids if that is their choice. She supports full legalization, decriminalizing, and expunging records for all criminal related offenses.

Rory O’Brien is a student at Minneapolis College majoring in Addiction Counseling with plans at working towards dual licensure for LADC and LCSW. She is on the board of Minneapolis College’s Students for Sensible Drug Policy. Rory is passionate about harm reduction and sensible, evidence-based drug policy that also take into account marginalized communities and those affected by the war on drugs. She is a reform advocate and also advocates for better substance use education and sex ed that incorporates harm reduction with peer education. Entering the addiction field with her stance in policy reform may seem odd to some, but she sees recovery as having many paths and being different for everyone. She has always been interested in getting people the support they need—which doesn’t always include abstinence (but certainly can). Her goal is to aid in destigmatizing substance use, and bring accessible, affordable treatment that works to people with substance use disorders and mental health conditions. Rory previously interned with Sensible Change Minnesota. 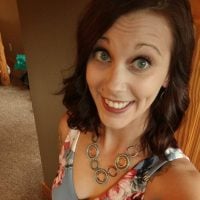 Ali Huntley grew up in Minnesota and currently lives in Alexandria where she is an office manager at an oral surgeons office. As a patient advocate, Ali worked alongside the Steve Rummler Hope Network on the opioid legislation passed in 2019. Since having a close family member pass away from her addiction, she has dedicated her time in helping others. Ali is honored to be apart of Sensible’s team and is ready to help change the stigma surrounding cannabis use and improve access to medical cannabis. 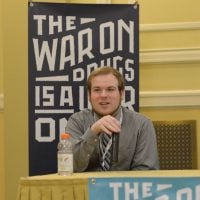 As the organization continues to grow and our work continues to evolve, Maren Schroeder made the decision to step back form her role as President to focus on her new position as Policy Director for our sister organization, Sensible Change Minnesota. Maren remains on the Board of Directors as Immediate Past President and Minnesota Cannabis Summit Coordinator.

Taking the reigns as President is Gunnar Aas. Gunnar has been with the organization for over two years, first as an intern, then in various roles including Technology Lead, Students for Sensible Drug Policy liaison, Secretary, and Vice President. Before Sensible Minnesota, Gunnar, a Duluth native, worked as a campus organizer for Students for Sensible Drug Policy, bringing young people and students into the movement for a post-prohibition age, and to enlighten his communities on the immense benefits of sensible policies.

“They must often change, who would be constant in happiness or wisdom.” -Confucius

With fall and our new additions, we said a difficult “see you later” to Heather Tidd, Sean White, and Erin Chase who have served on our board for the past few years. Their contributions to the organization are immense, and we have truly enjoyed working with these three  advocates on our Board of Directors and thank them for paving the way for Sensible Minnesota’s past and future achievements. All three will remain volunteer resources for Sensible’s new leadership. As Garrison Killor once said, “be well, do good work, and keep in touch.”